In Russia, the media picture has been turned upside down

THE INVASION IN UKRAINE

When Mr and Mrs Russia turn on the television these days, they are watching the country's soldiers on peace-building missions in Ukraine - 'war' and 'invasion' are not words used. What is the purpose of the Russian media's pink portrayal of Putin's military conduct?

Kristina Aleksandrovna Pedersen is a PhD student and researcher in authoritarian regimes' control of the media. We have asked her seven sharp questions about how and why the regime in Russia uses the media as it does.

1. How does Putin's regime use the Russian media during the war in Ukraine?

ANSWER: "The war is not presented as a war or an invasion, but as a 'special military operation', which is to 'demilitarize' Ukraine. The framing is that the Kremlin wants to eradicate neo-Nazi groups and the anti-Russian sediments that are spreading on what Putin calls Russian soil in a historical and spiritual sense. There is also a lot of talk about nuclear threats from the West and the Ukrainian government."

"At the same time, the media emphasize that the Russian forces aims exclusively at military targets and do not harm civilians. While the invasion is being toned down, the war in the Donbas is a recurring theme in the Russian news broadcasts. In particular, there is a focus on Russia's efforts in the protracted war and stories of war crimes committed by Ukrainian forces."

2. How does the Russian media deal with the popular protests against the war?

ANSWER: "The anti-war protests have been completely silenced - at the same time, the news media report on pro-Russian protests in Russia and abroad. And then 'fake news' plays an important role - however, the story here is that official Russian sources only report true and current news, while Ukraine and the West run an organized disinformation campaign against Russia."

3. Why is it so crucial for the Kremlin to control the narrative of the war in Ukraine?

ANSWER: "Although the likelihood of a full-blown revolution may seem limited, mobilization among citizens is a major threat to the status quo - this applies to many autocracies, not just Russia. The situation right now is particularly aggravated due to sanctions and international disgrace, which will deteriorate the Russian standard of living and self-image."

4. What would be the consequence of an independent, Russian media coverage of the war?

ANSWER: “If the population gets an unfiltered picture of what is going on, the Kremlin risks dissatisfaction rising and the narrative of the sins of the West crumbling. The Kremlin cannot afford a free flow of information right now - it would make it too easy for the citizens of Russia to mobilize against the war.”

"If internal resistance to the invasion continues to grow and the average Russian sees the real picture of the political preferences of the people, the Kremlin risks aversion to the government."

5. How does the Russian government control the media in practice?

"Over a few days, the regime has tightened its grip on free access to and sharing of information. First, the authorities warned about the spread of what they call "untrue information" and threatened with fines of 5 million rubles to the individual media. Several were asked to remove articles in which the war was referred to as "war" and "invasion". The latest is the law, which can give up to 15 years in prison for sharing "untrue" information about the war. That law also applies to ordinary citizens."

6. How does the Russian media industry react to the very constricting ties?

ANSWER: “The media industry is largely characterized by unspoken labels and rules. There are unwritten limits that one must stay within if one is to avoid sanctions from above. There is also a significant degree of self-censorship among Russian media. Media companies and individual journalists have faced a cost-benefit calculation with journalistic integrity on the one hand and professional survival on the other.”

7. What do the Russians think of their media in general?

ANSWER: “It is really difficult to give a definite answer to that question - especially at the moment. Studies from i.a. Levada has shown that particularly traditional TV news remains the primary source of news for over half of the population - although less than half of the respondents perceive TV news as a credible source. Looking at the older generations, between 78 and 90 percent prefer TV news.”

“Among the young and highly educated, an inverted pattern is seen. That trend is in line with attitudes towards the regime: Citizens who have a high consumption of state-sponsored media are generally more positive about the Kremlin, while young citizens with higher education, typically living in big cities, are more likely to a negative view on the government.” 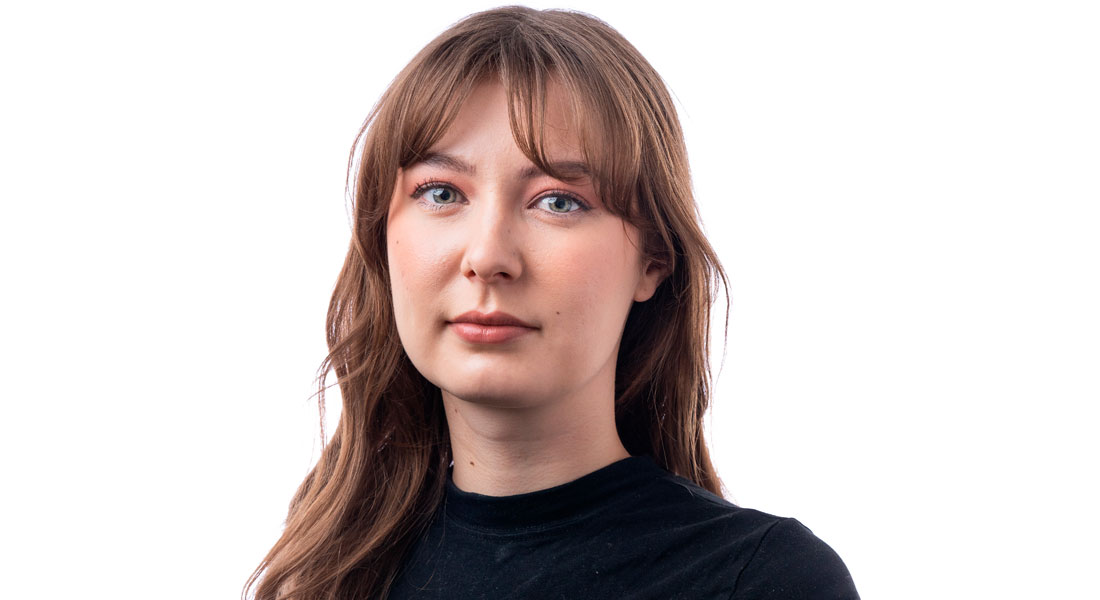 Kristina Aleksandrovna Pedersen is a PhD student at the Department of Political Science at the University of Copenhagen. Her project examines authoritarian regimes' control of the media as part of ensuring the regime's survival. Specifically, the project focuses on the regime's strategies aimed at the media landscape and how these affect the news content that TV channels produce, as well as on the implications this has for the population's political behavior. The project takes its empirical starting point in Russia and uses machine learning to estimate the media's positioning vis-à-vis the regime via channel news content.