How will it affect welfare if the housing stock is being expanded in Copenhagen's East Harbor? This has been examined by two researchers from the Department of Economics in a new report from the Ministry of Transport. 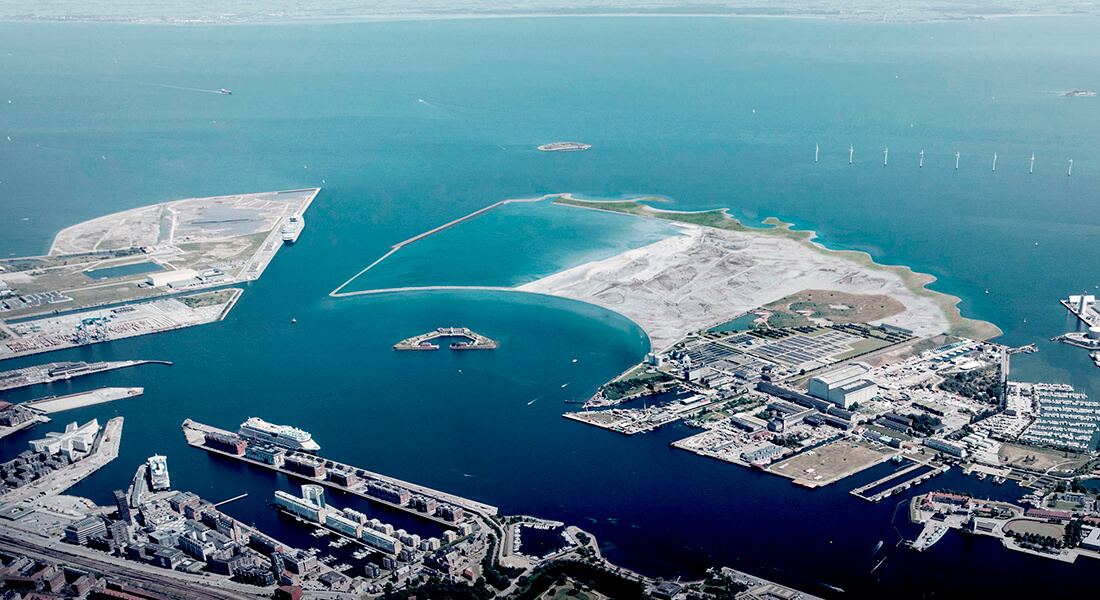 As part of the preparations for the development of Copenhagen's East Harbour, the so-called Lynetteholm project, the Ministry of Transport has drawn up an analysis of the project's socioeconomic effects.

To evaluate the welfare gains of building housing on Lynetteholm, the Ministry of Transport is being guided by two researchers from the Department of Economics: Christian Langholz Carstensen and Maria Juul Hansen. They have computed the welfare gains from building the 2.4 million residential square meters which are part of the Lynetteholm project.

"It is about the economic value that the Danes are to experience with an expansion of the housing stock. The welfare gain is thus the amount that in principle would have to be transferred to society if the project was not carried out, because the population would be worse off without Lynetteholmen”, Maria Juul Hansen explains.

"With an economic model, we have simulated two so-called baseline scenarios for the housing market until 2090: In the first baseline scenario, the 2.4 million square meters are not built at all. In the second, a corresponding amount of square meters will be constructed in the municipalities outside of Copenhagen," says Christian Langholz Carstensen.

The researchers have compared the results from the baseline simulations with the corresponding changes on the housing market if 2.4 million square meters were built in the residential areas in the center of Copenhagen. Lynetteholmen is expected to resemble the inner-city areas (Nørrebro, Østerbro, Vesterbro, and Amagerbro) in terms of job opportunities, city amenities and commuting time.

"Compared to the status quo, the Lynetteholm project will provide a welfare gain of DKK 136 billion. These are explained by the greater housing supply – more housing means lower house prices in the center of Copenhagen, and this will spread to the rest of Zealand," says Christian Langholz Carstensen.

The easier access to housing is good news for Danes who are or are hoping to work in Copenhagen, where the concentration of jobs is higher than in other parts of the country. The expansion of the housing stock implies less unemployment while the commuting time between home and work will also decrease significantly.

Work and commuting are only one side of the story. Another important element in the welfare gain is the value of leisure time.

"Copenhagen offers cultural life, restaurants and bars, which especially young people and younger adults appreciate and hence would like to live nearby. If we rather compare the housing expansion of the project with a similar development outside of Copenhagen, Lynetteholmen will increase welfare by almost DKK 23 billion DKK," says Christian Langholz Carstensen.

The large-scale construction project in Copenhagen's East Harbor can take up to 50 years to complete and has a construction cost of DKK 20 billion. The project is expected to be completed by 2070 at the latest.

Lynetteholmen will ultimately provide space for around 35,000 inhabitants and the same number of jobs.

Lynetteholmen will connect Nordhavn with the motorway at Amager and will include a metro connection.

The construction of Lynetteholmen will also make it easier to protect Copenhagen against flooding – something that is especially important during times of climate change.

Lost capital gains of the homeowners who will have to sell their homes at a lower price must also be deducted. Taking that into account, the welfare gains are 20.6 and 4.2 billion DKK, respectively.

When economists try to predict future conditions, they use mathematical models. The two economists find the welfare benefit of the Lynetteholm project by calculating the difference in experienced utility for the individuals in each of the scenarios and converting this into DKK. The welfare is calculated until 2090 when the simulations end.

For the simulations of the two baseline scenarios and the Lynetteholm project scenario, the researchers used a structural dynamic model.

"The individuals in the model make choices about residence, labor market participation, workplace and housing size by comparing locations, job opportunities and housing prices. At the same time, they take any moving costs into account, "Maria Juul Hansen explains.

The dynamic aspect of the model means it takes into account that individuals consider the future consequences of their choices today when deciding what to do. If we hire a moving van today, there is a fairly low probability that we will relocate again already the following day.

"The model therefore accounts for the fact that we consider housing needs thoroughly and relate them to changing life circumstances. It could be that the family expects an increase – or that the children are about to fly the nest. Maybe retirement or changing financial conditions are just around the corner. These are all factors that influence where it is optimal to reside”, says Maria Juul Hansen.

To make the model practically applicable, the researchers combine the theoretical model with an enormous amount of information from Danish register data.

"It is knowledge about education, number of children, age, income etc. that we combine with data on locational characteristics. E.g., the number of workplaces or restaurants in a given area," says Maria Juul Hansen.

The model also incorporates an equilibrium on the housing market, where housing prices adjust to clear the market so that the supply of square meters equals the demand. The researchers are hereby able to estimate ​​how the demographic development and thus changes in housing needs in combination with the Lynetteholm project will affect future housing prices across areas in Denmark.

The researchers remind us that both alternative scenarios are projections based on a number of assumptions. The same goes for the welfare benefits, of course.

"The two baseline scenarios on which our simulations are based should be considered extreme points among a number of possible future realizations for the location patterns and housing market equilibrium. They expand the set in which the welfare benefits of more housing in Copenhagen’s East Harbor can be expected to lie. The second comparison is a very conservative estimate of the welfare gain. It compares the Lynetteholm project with a very generous scenario in which the housing stock is expanded by 2.4 million square meter no matter what”, concludes Christian Langholz Carstensen. 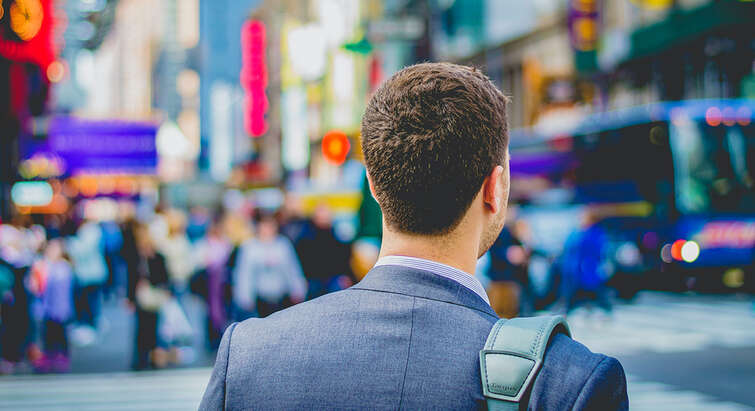 Want to be a better CEO? Live close to work 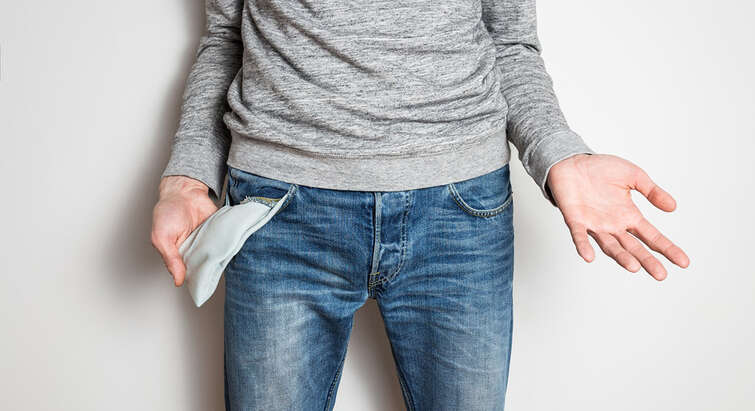 Users of high-cost loans have personality traits in common 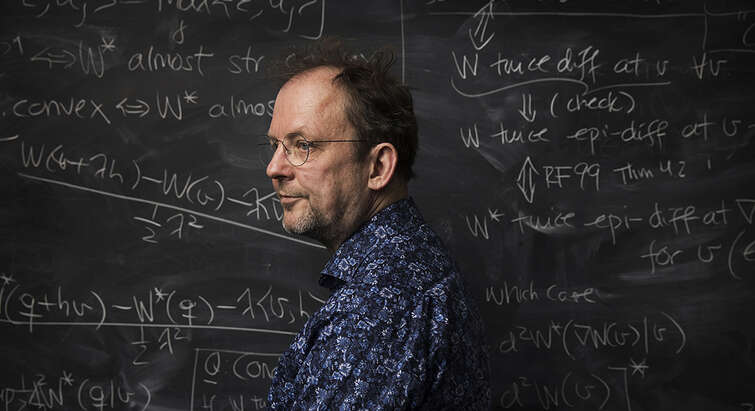